We have two key-note speakers for ACE2017 confirmed.  Keep an eye on our website as we continue to bring you a line up of sensational speakers.

ACE2017 Abstract: Bentham or Aristotle in the Census Bureau? 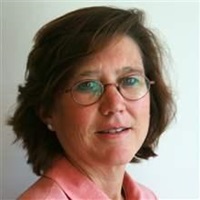 Carol Graham is the Leo Pasvolsky Senior Fellow at the Brookings Institution and College Park Professor at the School of Public Policy at the University of Maryland. She is also a Research Fellow at the Institute for the Study of Labor (IZA).

She is the author of The Pursuit of Happiness: Toward an Economy of Well-Being (Brookings, 2011; published in Chinese, Japanese, Korean, and paperback); Happiness around the World: The Paradox of Happy Peasants and Miserable Millionaires (Oxford University Press, 2009; published in Chinese, Portuguese and paperback); Happiness and Hardship: Opportunity and Insecurity in New Market Economies (with Stefano Pettinato, Brookings, 2002; published in Spanish);  Private Markets for Public Goods: Raising the Stakes in Economic Reform (Brookings, 1998); Safety Nets, Politics and the Poor: Transitions to Market Economies (Brookings, 1994); Peru's APRA (Lynne Rienner, 1992); Improving the Odds: Political Strategies for Institutional Reform in Latin America (co-author, IDB, 1999); and A Half Penny on the Dollar: The Future of Development Aid, with Michael O'Hanlon (Brookings, 1997). She is the editor, with Eduardo Lora, of Paradox and Perceptions: Quality of Life in Latin America (Brookings, 2009); with Susan Collins, of the Brookings Trade Forum 2004: Globalization, Poverty, and Inequality (Brookings, 2006); and, with Nancy Birdsall, of New Markets, New Opportunities? Economic and Social Mobility in a Changing World (Brookings, 1999), and Beyond Trade-Offs: Market Reforms and Equitable Growth in Latin America (Brookings/IDB, 1988). She is the author of articles in journals including the Journal of Economic Behavior and Organization, the World Bank Research Observer, Health Affairs, Health Economics, the Journal of Socio-Economics, World Economics, Foreign Affairs, the Journal of Development Studies, the Journal of Latin American Studies, World Development, the Journal of Happiness Studies, and of numerous chapters in edited volumes, including the New Palgrave Dictionary of Economics. She is an associate editor at the Journal of Economic Behavior and Organization and on the editorial boards of numerous other economic journals. She served on a National Academy of Sciences panel on well-being metrics and policy in 2012-13, and received a research scholar of the year award from the International Society of Quality of Life Studies for 2014.

Graham served as Vice President and Director of Governance Studies at Brookings from 2002-2004. She has also served as a Special Advisor to the Deputy Managing Director of the International Monetary Fund. She has been a consultant at the Inter-American Development Bank, the World Bank, United Nations Development Program, and the Harvard Institute for International Development, helping to design safety net programs in Latin America, Africa, and Eastern Europe. She has testified in Congress several times  and has appeared on NBC News, National Public Radio, the Newshour with Jim Lehrer, and CNN among others.  Graham has also written in the Wall Street Journal, The Christian Science Monitor, the Financial Times and the Washington Post. Reviews of her work on well-being have appeared in Science, The New Yorker, the New York Times and the Financial Times, among others.

Her research has received support from the John D. and Catherine T. MacArthur Foundation, the World Bank, the Inter-American Development Bank, and the Tinker and Hewlett Foundations. She was awarded a Council on Foreign Relations International Affairs Fellowship for 1997-98, during which time she served as Special Adviser to the Executive Vice President of the Inter-American Development Bank. Graham, born in Lima, Peru, has an A.B. from Princeton University, an M.A. from The Johns Hopkins School of Advanced International Studies, and a Ph.D. from Oxford University. She is the mother of three children.

Professor Viscusi is the award-winning author of more than 20 books and over 340 articles, most of which deal with different aspects of health and safety risks. His pathbreaking research has addressed a wide range of individual and societal responses to risk and uncertainty, including risky behaviors, government regulation, and tort liability. He is widely regarded as one of the world's leading authorities on benefit-cost analysis. Professor Viscusi's estimates of the value of risks to life and health are currently used throughout the Federal government. He has served as a consultant to the U.S. Office of Management and Budget, the Environmental Protection Agency, the Occupational Safety and Health Administration, the Federal Aviation Administration, and the U.S. Department of Justice on issues pertaining to the valuation of life and health. In the Carter administration, he was Deputy Director of the Council of Wage and Price Stability, which was responsible for White House oversight over all new federal regulations. He has served on different panels of the Science Advisory Board of the U.S. Environmental Protection Agency for over a decade. Professor Viscusi served as President of the Society for Benefit-Cost Analysis in 2015 and as Vice-President of the SBCA in 2014.

Professor Viscusi is the founding editor of the peer-reviewed Journal of Risk and Uncertainty, which he has edited since 1988. His textbook with Harrington and Vernon, Economics of Regulation and Antitrust, has retained its monopoly position in that field.