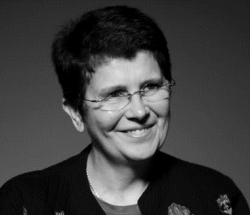 Three internationally renowned economists  - Professor Geoff Harcourt, Professor Richard Holden, and Professor Mary Morgan – will discuss and engage with the audience on “The Future of Economics”, grappling with questions about the social role and value of economists, and where the discipline is headed (whether for good or for ill).  The session will be moderated by Adam Creighton, Economics Correspondent at The Australian.

Geoff Harcourt is Emeritus Reader in the History of Economic Theory, Cambridge, 1998; Emeritus Fellow, Jesus College, Cambridge, 1998; Professor Emeritus, Adelaide, 1988; and currently Visiting Professorial Fellow, School of Economics, UNSW Australia, 2010–2016. He has published thirty books, including ten volumes of selected essays, and over 400 articles, chapters in books, and reviews. His research interests are post-Keynesian theory, applications and policy, intellectual biography, history of economic theory. His books include ‘Some Cambridge Controversies in the Theory of Capital’, CUP 1972; ‘The Structure of Post-Keynesian Economics’, CUP 2006; (with Prue Kerr) ‘Joan Robinson’, Palgrave Macmillan 2009; (ed. With Peter Kriesler) ‘The Oxford Handbook of Post-Keynesian Economics’, 2 Vols., OUP 2013; and (with Joseph Halevi, Peter Kriesler and John Nevile) ‘Post-Keynesian Essays from Down Under’, 4 Vols., Palgrave Macmillan 2015. He is, or has been, co-editor of many journals, including Australian Economic Papers and the Cambridge Journal of Economics.

rd Holden is Professor of Economics at UNSW Business School and an Australian Research Council Future Fellow from 2013-2017.  Prior to that he was on the faculty at the University of Chicago and the Massachusetts Institute of Technology. He received a PhD from Harvard University in 2006, where he was a Frank Knox Scholar.  His research focuses on contract theory, law and economics, and political economy. Professor Holden has published in top general interest journals such as the American Economic Review and the Quarterly Journal of Economics.  He is currently editor of the Journal of Law and Economics, and is the founding director of the Herbert Smith Freehills Initiative on Law & Economics at UNSW. His research has been featured in press articles in such outlets as The New York Times, The Financial Times, the New Republic, and the Daily Kos.

. Morgan is Professor of History and Philosophy of Economics at the London School of Economics and University of Amsterdam and holds a visiting fellowship at University of Pennsylvania.  Her research interests cover the practical side of how economists do economics: questions about models, measurements, observation, experiments, etc., and how these have changed over the last century.  Her two most recent books are The World in the Model (CUP 2012) and How Well Do Facts Travel? (CUP 2011); and she is currently working on projects on poverty measurement, and on how economics gets used to change things in the world.

Please join us for a one hour panel event including Q&A, followed by a casual reception and networking.

There is no cost to attend this event but catering will be based on your booking - registration is essential.