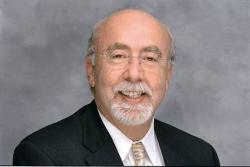 Tom Parry AM has an extensive career as an academic, in business and public policy, in the financial sector and as a regulator. He has been Head of the School Economics, UNSW and Dean, Faculty of Commerce, University o Wollongong. For 12 years from 1992, he was Foundation Executive Chairman of IPART, the first utility regulator in Australia. He has been a director and chairman of numerous organisations including First State Super and Sydney Water and was foundation Chairman of the AEMO as well as the Foundation NSW Natural Resources Commissioner. In 2015 he was Deputy Chairman of the NSW Government’s “Uber Inquiry. He has worked with many of Australia’s leading companies in the areas of economic regulation, banking, business strategy and trade practices, and access regulation and competition policy. He has a BEc(Hons) and MEc from the University of Sydney and a PhD from the London School of Economics.