Lunchtime Seminar: Teaching Public Economics with Special Reference to Oz and US Cultures 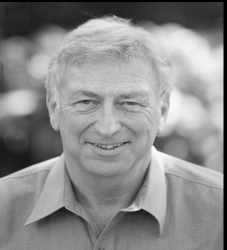 Teaching Public Economics with Special Reference to Oz and US Cultures

This presentation discusses how the teaching of public economics is, and should be, related to national cultures and forms of government with special reference to Australia and the United States. The paper outlines the key cultural, political and economic features of Australia and the US. It then discusses how the US features, notably including the culture of distrust of government, influence the two major US texts on public finance / public economics (Rosen and Gayer 10E, and Gruber 5E) that dominate much of the teaching of the subject in Australia and elsewhere. On the other hand, Stiglitz’s texts on public economics are written in the European/ Australian tradition which emphasizes the role of government in providing equity and social welfare. The presentation concludes that the latter approach (drawing also on relevant international and Australian issues) is more appropriate for Australian students as well as for the many international students now in our universities.

Peter Abelson obtained a Ph.D from London University. He held a Chair in Economics at Macquarie University from 2001 to 2005 and, as a Visiting Scholar, taught public finance at Sydney University from 2006 to 2012. Peter has published over 50 refereed articles related to various areas of public economics. In 2012, McGraw Hill published his text Public Economics: Principles and Practice 3E. In recent years, Peter has been an active economic consultant including on-going work for the NSW Treasury. In April 2018, following a reversion of rights from McGraw Hill, Peter published an updated, open access, online edition of Public Economics on www.appliedeconomics.com.au.