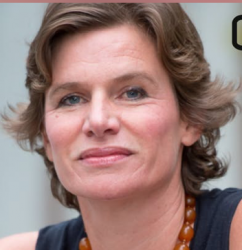 Mazzucato is Professor in the Economics of Innovation and Public Value at the University College London and is a much sought after advisor to governments and institutions around the world, including the UN, OECD and the EU.  She is famous for her work on the entrepreneurial state and public value, and is author of The Value of Everything (2018), Rethinking Capitalism (2016), and The Entrepreneurial State (2013).

The Oration will be followed by a conversation with Laura Tingle, political correspondent for ABC 7:30.

CPD's annual oration has been named in honour of John Menadue AO, CPD's founding Chairperson, in recognition of John's contribution to public policy in Australia and to CPD. John served as Secretary of the Department of Prime Minister and Cabinet under Prime Ministers Gough Whitlam and Malcolm Fraser, was Australia's Ambassador to Japan and held senior roles in the business community. He remains a CPD fellow.