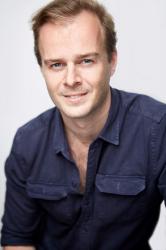 Abstract: After a decade in which they presided over the rapid accumulation of more and more debt, China’s authorities have found religion. Today they are in the midst of what they've labelled a ‘deleveraging’ campaign, a broad-based effort to clean up the waste, excess, and risk that threatens the stability of the country’s financial system. Just how Beijing is going about it, whether it can do so without triggering the risks they’re trying to manage, and whether it’s even politically sustainable in the face of the slowing economic growth, is one of the major uncertainties that hangs over the global economy. Dinny McMahon will look at how China’s authorities are approaching the clean-up and its odds of success.

Bio: Dinny McMahon is a fellow at MacroPolo, the Paulson Institute’s think tank, and is the author of China's Great Wall of Debt – Shadow Banks, Ghost Cities, Massive Loans, and the End of the Chinese Miracle, which was published in March 2018. Dinny spent a decade working as a financial journalist in China, including six years in Beijing with The Wall Street Journal, and four years with Dow Jones Newswires in Shanghai, where he also contributed to the Far Eastern Economic Review. In 2015, he left China and The Wall Street Journal to take up a fellowship at the Woodrow Wilson International Center for Scholars, a think tank in Washington DC, where he wrote China's Great Wall of Debt.