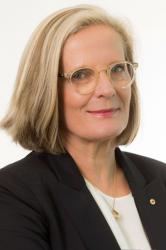 The Economic Society of Australia (NSW Branch) proudly sponsors the Emerging Economist Series. The series of six luncheons, held at the Reserve Bank of Australia in Sydney, gives young economists the opportunity to discuss critical issues with prominent Australian policymakers, as well as network with colleagues in business, academia and the public service. The luncheons include an interview-style discussion with the key-note speaker, exploring the issues they have faced during their careers and highlighting Australia’s key economic challenges going forward.

The Series has been inspiring, educating and entertaining emerging economists for ten years.

We have a terrific line up of special guests:

If you are unable to attend all six lunches you may register for each lunch individually for a cost of $95.  The first lunch in this Series takes place on 18 March with special guest, Lucy Turnbull AO.

Lucy Hughes Turnbull AO is an urbanist, businesswoman and philanthropist with a longstanding interest in cities, and technological and social innovation. She chaired the Committee for Sydney from 2012 to 2015.

In 2015 she was appointed Chief Commissioner of the Greater Sydney Commission, tasked by the NSW state government to assist in delivering strong and effective strategic planning for the whole of metropolitan Sydney.

Mrs Turnbull was the first female Lord Mayor of the City of Sydney from 2003-4 and in 2011 she became an Officer of the Order of Australia for distinguished service to the community, local government and business.