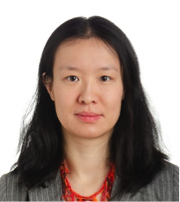 “Following a broad-based upswing in cyclical growth that lasted nearly two years, the global economic expansion decelerated in the second half of 2018. Activity softened amid an increase in trade tensions and tariff hikes between the United States and China, a decline in business confidence, a tightening of financial conditions, and higher policy uncertainty across many economies. Against this global backdrop, a combination of country- and sector-specific factors further reduced momentum. After peaking at close to 4 percent in 2017, global growth remained strong, at 3.8 percent in the first half of 2018, but dropped to 3.2 percent in the second half of the year.”

The Rise of Corporate Market Power and Its Macroeconomic Effects:

“This chapter investigates whether corporate market power has increased and, if so, what the macroeconomic implications are. The three main takeaways from a broad analysis of cross-country firm-level patterns are that (1) market power has increased moderately across advanced economies, as indicated by firms’ price markups over marginal costs rising by close to 8 percent since 2000, but not in emerging market economies; (2) the increase has been fairly widespread across advanced economies and industries, but within them, it has been concentrated among a small fraction of dynamic—more productive and innovative—firms; and (3) although the overall macroeconomic implications have been modest so far, further increases in the market power of these already-powerful firms could weaken investment, deter innovation, reduce labor income shares, and make it more difficult for monetary policy to stabilize output.”

Wenjie Chen is an economist in the Research Department of the International Monetary Fund, where she works on the World Economic Outlook. She has co-authored WEO chapters on the declining share of manufacturing jobs, the legacies of the 2008 financial crisis and rising market power. She has also worked in the African Department, where she contributed to the department’s Regional Economic Outlook with her research on global value chains, trade competitiveness, and China-Africa relations. Prior to joining the IMF, she worked as an assistant professor at George Washington University. She received her MA and PhD in Economics from the University of Michigan and her BA from Lawrence University.