Lunchtime Seminar: The Digital Revolution and the State. The Great Reversal 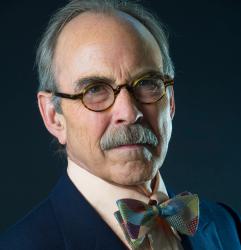 All the components of the Digital revolution, from silicon to software, were spawned by the American State, echoing previous state contributions to the development and deployment of transformational technologies. Now the Digital Revolution has reached take-off velocity with global reach. It has generated unprecedented disruption through IT-enabled globalization, automation and financialization, radically increasing inequality and undermining social stability. Far from depending on state support, it is attacking the authority of the state at multiple levels, even undermining the integrity of the political process on which the authority of the state rests. The deligitimization of the state as an economic actor not only looks backward, given its failure to buffer its constituents from the consequences of the Digital Revolution. It also reaches forward, limiting the state’s contribution – not only in America – to the next, needed, Green Revolution, where China is poised to play the leading role. Trump and Brexit are both symbol and substance of this Great Reversal.

William H. Janeway is a Special Limited Partner of Warburg Pincus. He joined Warburg Pincus in 1988 and was responsible for building the information technology investment practice. Previously, he was executive vice president and director at Eberstadt Fleming. Dr. Janeway is a director of Magnet Systems and O'Reilly Media. He is an Affiliated Member of the Faculty of Economics at Cambridge University.

Dr. Janeway is a co-founder and member of the board of governors of the Institute for New Economic Thinking. He is a member of the board of directors of the Social Science Research Council and of the Advisory Board of the Princeton Bendheim Center for Finance. He is a member of the management committee of the Cambridge-INET Institute, University of Cambridge and a Member of the Board of Managers of the Cambridge Endowment for Research in Finance (CERF). He is the author of Doing Capitalism in the Innovation Economy: Reconfiguring the Three-Player Game between Markets, Speculators, and the State, the substantially revised and extended new edition of the book initially published by Cambridge University Press in November 2012.

Dr. Janeway received his doctorate in economics from Cambridge University where he was a Marshall Scholar. He was valedictorian of the class of 1965 at Princeton University.