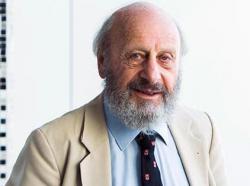 Professor Emeritus GC Harcourt AC LittD FRSN FASSA FAcSS was born in June 1931. He is a graduate of Melbourne and Cambridge; he taught principally at Adelaide and Cambridge universities. He is currently Honorary Professor at the School of Economics, UNSW Sydney. He is the author or editor of over thirty books, and over four hundred articles, notes, review articles and reviews. He is a Distinguished Fellow on three continents, including three societies in Australia. He received the Veblen-Commons Award of the Association for Evolutionary Economics in 2011, and in June 2018 was made a Companion in the General Division of the Order of Australia (AC) ‘[f]or eminent service to higher education as an academic economist and author, particularly in the fields of Post-Keynesian Economics, Capital Theory, and Economic Thought’. He played Aussie Rules until he was 47, and cricket till he was 68. He has been married to Joan for 64 years; they have four children and four grand-children