The Federal Budget 2020-21: A post-Budget briefing - ONLINE ONLY 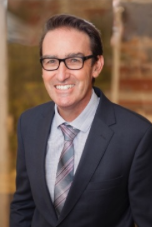 Registration in advance is essential
Register and pay online here

Dr Kennedy has agreed to take questions from the audience.

Dr Kennedy is a member of the Reserve Bank Board, Council of Financial Regulators, Trans-Tasman Council on Banking Supervision, Board of Taxation, New Zealand Treasury Board, the Sir Roland Wilson Foundation and the Centre for Market Design Advisory Board. He is also the Institute of Public Administration Australia (IPAA) ACT President.
Dr Kennedy was awarded a Public Service Medal in 2016 for outstanding public service in the area of climate change policy. Dr Kennedy holds a PhD and a Masters in Economics from the Australian National University, and a Bachelor of Economics (First Class Honours) from the University of Sydney.