Australia's policy and reform agenda amid the COVID crisis - ONLINE ONLY

ABE are pleased to present conversation with

Australia's policy and reform agenda amid the COVID crisis 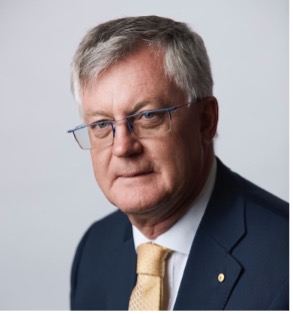 Martin will be in virtual conversation discussing major policy and reform issues in the context of the pandemic, including climate change, education and skills, fiscal and monetary policy, the federation and our handling of the pandemic. Martin also will take questions from our audience.

Details
Time: 1:30 pm - 2:30 pm AEST
Venue: By Zoom webinar only. Details provided on registration
Cost: Free of charge for members, $25 for non-members
Educators and students are welcome at no charge
Registration in advance is essential
Register and pay online here
Dr Parkinson has agreed to take questions from the audience.
Enquiries: info@abe.org.au or call 0419 256 339

If you're not a current member of ABE, join now and remain financial through until June 2022. Take advantage of free and discounted places at our events. Join online at the event registration page

Australian Business Economists (ABE) aims to encourage greater understanding of economic issues by fostering debate in the financial markets, business and commercial sectors and across the community in general. Visit us at: abe.org.au

Dr Martin Parkinson AC PSM FASSA FIPAA
Dr Martin Parkinson was appointed the Chancellor of Macquarie University in October 2019. He previously served as Secretary to the Department of the Prime Minister and Cabinet between January 2016 and August 2019 and as the Secretary to the Australian Treasury from March 2011 to December 2014. Prior to this, Martin served as inaugural Secretary of the Department of Climate Change from its establishment in December 2007.
Martin is a non-executive director of Worley, North Queensland Airports, O’Connell Street Associates and Champions of Change Coalition, and is chair of the Sir Roland Wilson Foundation. He is a member of the Founding Group of the Champions of Change Coalition, the organising committee of the Climate Leaders Coalition, and of the advisory boards of Thrive Refugee Enterprises, the Asia Society Australia, Net Zero Australia, and Bain & Company.
Martin has previously served as: a director of Orica, the Cranlana Program for Ethical Leadership, and the German-Australian Chamber of Industry and Commerce; as a member of the Board of the Reserve Bank of Australia; Chair of the Australian Office of Financial Management; and as a member of the boards of Infrastructure Australia, the Council of Financial Regulators, the Board of Taxation, and the Sir Roland Wilson Foundation. He has also been a member of Prime Minister Abbott’s Business Advisory Council, Prime Minister Gillard’s Australia’s Asian Century Strategic Advisory Board, the Policy Committee of Australia’s leading domestic think tank, the Grattan Institute, and the Australian Federal Police Future Directions Advisory Board.
In January 2017 Martin was awarded a Companion of the Order of Australia, following his 2008 receipt of the Public Service Medal. He is: a Fellow of the Academy of Social Sciences in Australia and of the Institute of Public Administration Australia; a life member of the Australian Business Economists; Fellow of the Australian National Institute of Public Policy; recipient of the ANZSOG Institute of Governance Public Sector Award for Excellence; and, in 2013, was awarded the Australian National University’s inaugural Alumnus of the Year.
Martin holds a Ph.D and a M.A. from Princeton University, a M.Ec from the Australian National University and a B.Ec (Hons 1) from the University of Adelaide. In May 2015, Martin was awarded the degree of Doctor of the University (honoris causa) by the University of Adelaide.