In Conversation with: Professor Bill Mitchell - ONLINE ONLY 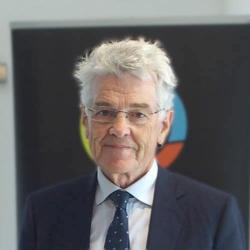 Take a deep dive into debt and deficits with Professor Bill Mitchell - the founder of modern monetary theory – about modern monetary theory, its application to the current economic climate and what it can tell us about the future as we emerge from the pandemic. Timing of this event is 12.30pm AEST.

Professor William Mitchell holds the Chair in Economics and is the Director of the Centre of Full Employment and Equity (CofFEE), an official research centre at the University of Newcastle, Australia. He also is the Docent Professor in Global Political Economy at the University of Helsinki. He is one of the founders of Modern Monetary Theory (MMT).

He is the author of various books, including Eurozone Dystopia (Elgar, 2015) and Reclaiming the State (Pluto, 2017). His most recent book - Macroeconomics - (with L.R. Wray and M. Watts) was published by Macmillan in February 2019. A second edition is forthcoming. He has published widely in refereed academic journals and books and regularly is invited to give Keynote conference presentations in Australia and abroad.

He has received regular research grant support from the national competitive grants schemes in Australia and has been an Expert Assessor of International Standing for the Australian Research Council.

He has extensive experience as a consultant to the Australian government, trade unions and community organisations, and several international organisations (including the European Commission; the International Labour Organisation and the Asian Development Bank).

He maintains a high commitment to community activities, and has been regularly called to appear as an expert witness in industrial matters in the relevant state and federal tribunals and at various Federal government enquiries in Australia.

He regularly provides commentary on economic developments in the national radio and press in Australia and is often quoted in the international media.

His daily blog is one of the leading economics blog in the world.

The event will be held at 12.30pm AEST on Wednesday 25 May and is free for members and school students (non-members Become a Member).  Members should login before registering to avoid paying $5 non-member fee.  Students should apply for the Promo Code.

Professor Mitchell will be answering questions. Submit your questions ahead of time when registering (or during the session).