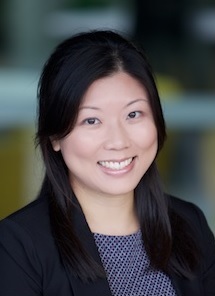 Sherman Chan is an economist with research interests in social policy and financial exclusion. She is currently a principal analyst at NSW Treasury. She has previously worked at the Australian Prudential Regulation Authority, Moody's Analytics, HSBC and the Commonwealth Bank of Australia. She also has experience in lecturing economics at the postgraduate level at UNSW Australia. 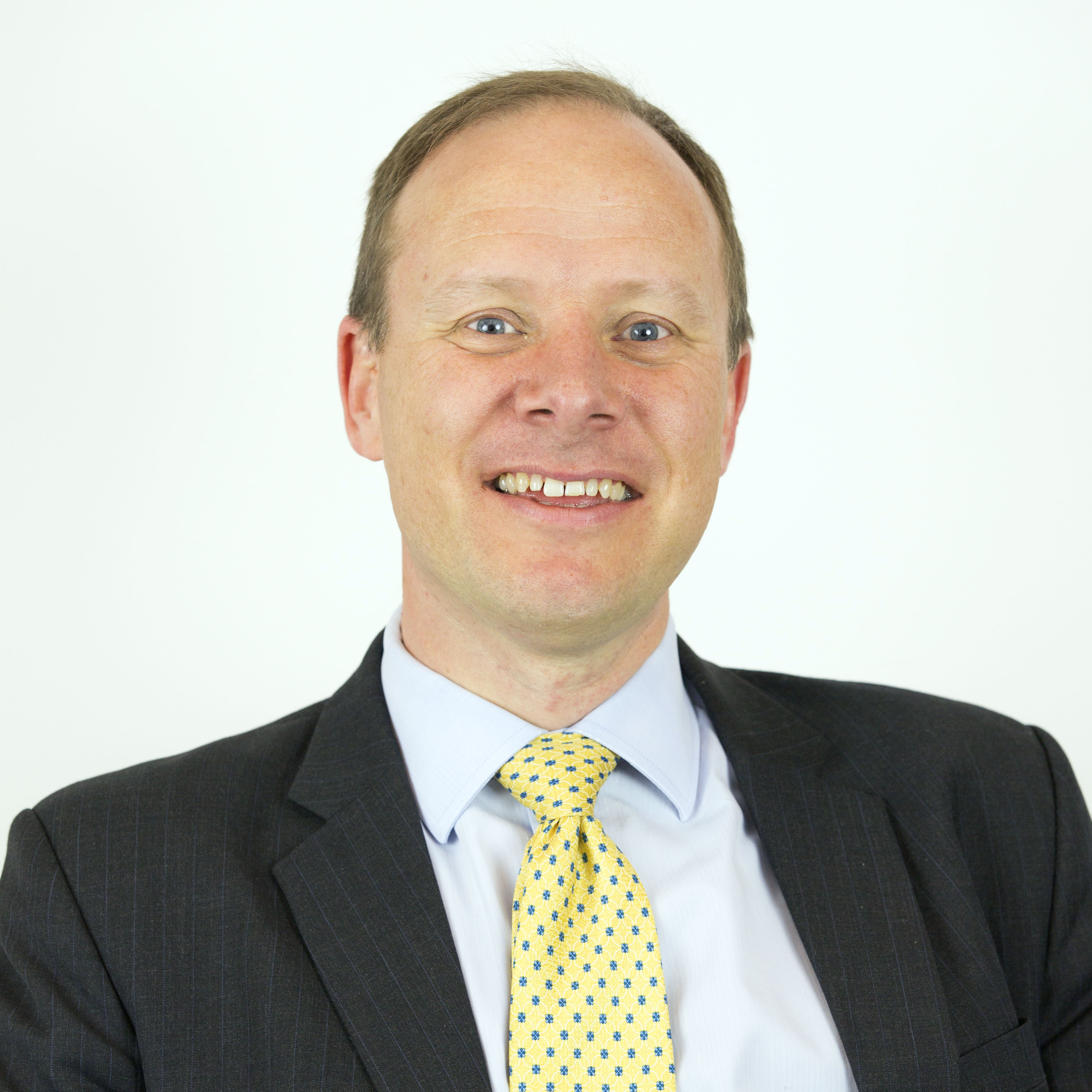 Justin Douglas is an experienced public policy adviser and leader. He is currently an Executive Director with the NSW Department of Planning & Environment. Prior to moving to Sydney in 2015, Justin worked at senior levels across a number of Commonwealth economic agencies. In those roles he advised four Prime Ministers and five federal Treasurers on a wide range of macro- and micro-economic policy issues. These include financial sector policy, natural resources policy, education policy and macroeconomic forecasting. Justin’s current interests include the economics of leadership and understanding the role of incentives in enabling high performing teams. When he is not working, Justin enjoys spending time with his family, thinking about the economics of religion and Christianity and playing location based games such as geocaching and Ingress. 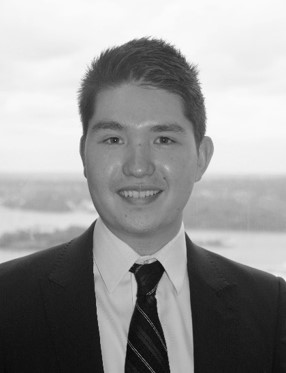 David Fair is the current Treasurer of the Economics Society of Australia (NSW). David is an experienced infrastructure, natural resources and energy corporate adviser where he has provided financial and strategic advice to both the public and private sector with particular experience in M&A transactions, corporate debt refinancing and project finance modelling. David enjoys spending his time sailing and is an certified Advanced Open Water Diver.

James Foster is a Councillor of the Economic Society of Australia’s NSW Branch. He currently works as an Economist at the Reserve Bank of Australia. James completed his undergraduate degree at the University of Wollongong, and completed his economics honours degree at the University of New South Wales. At UOW he was one of the founders of the university’s Economics and Finance Society. 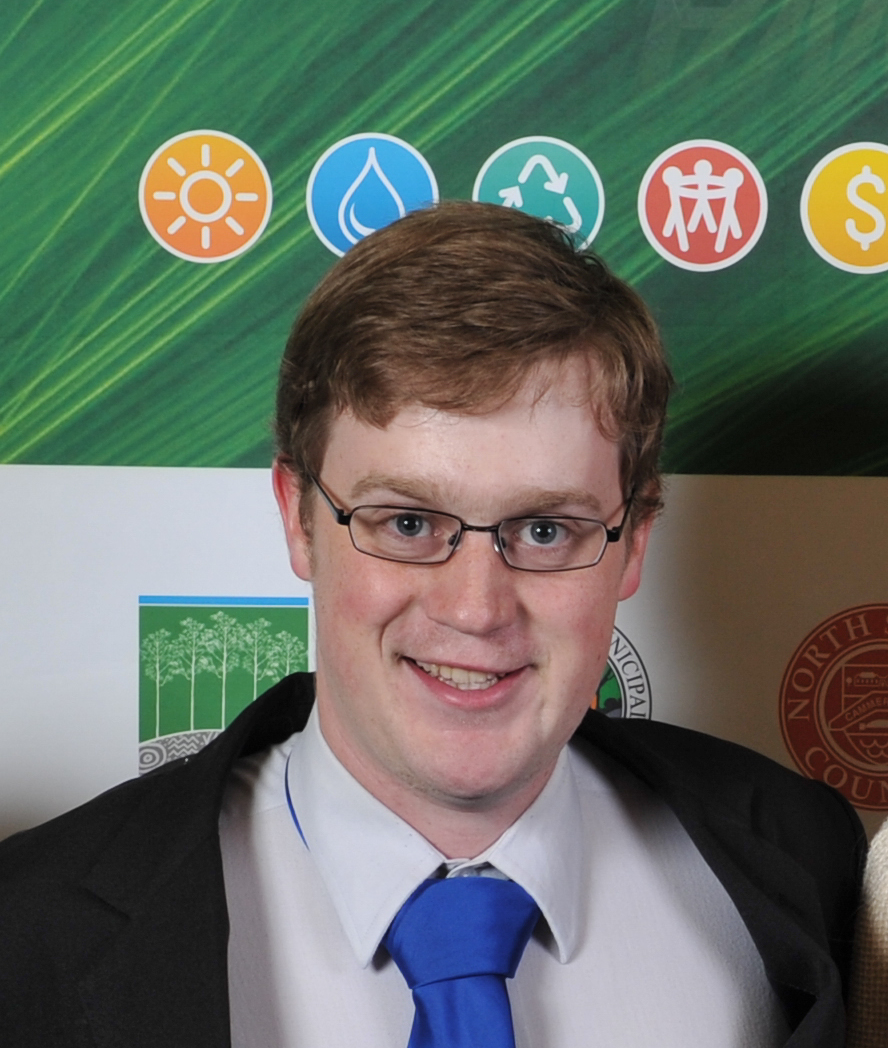 Kerrod Gream is an economics student at The University of Sydney, and is the current president of the Sydney University Economics and Econometrics Society. He is currently an intern at Barton Deakin. He has interests in Monetary, Health and Labour economics. Outside of Economics Kerrod's interests are primarily targeted towards politics 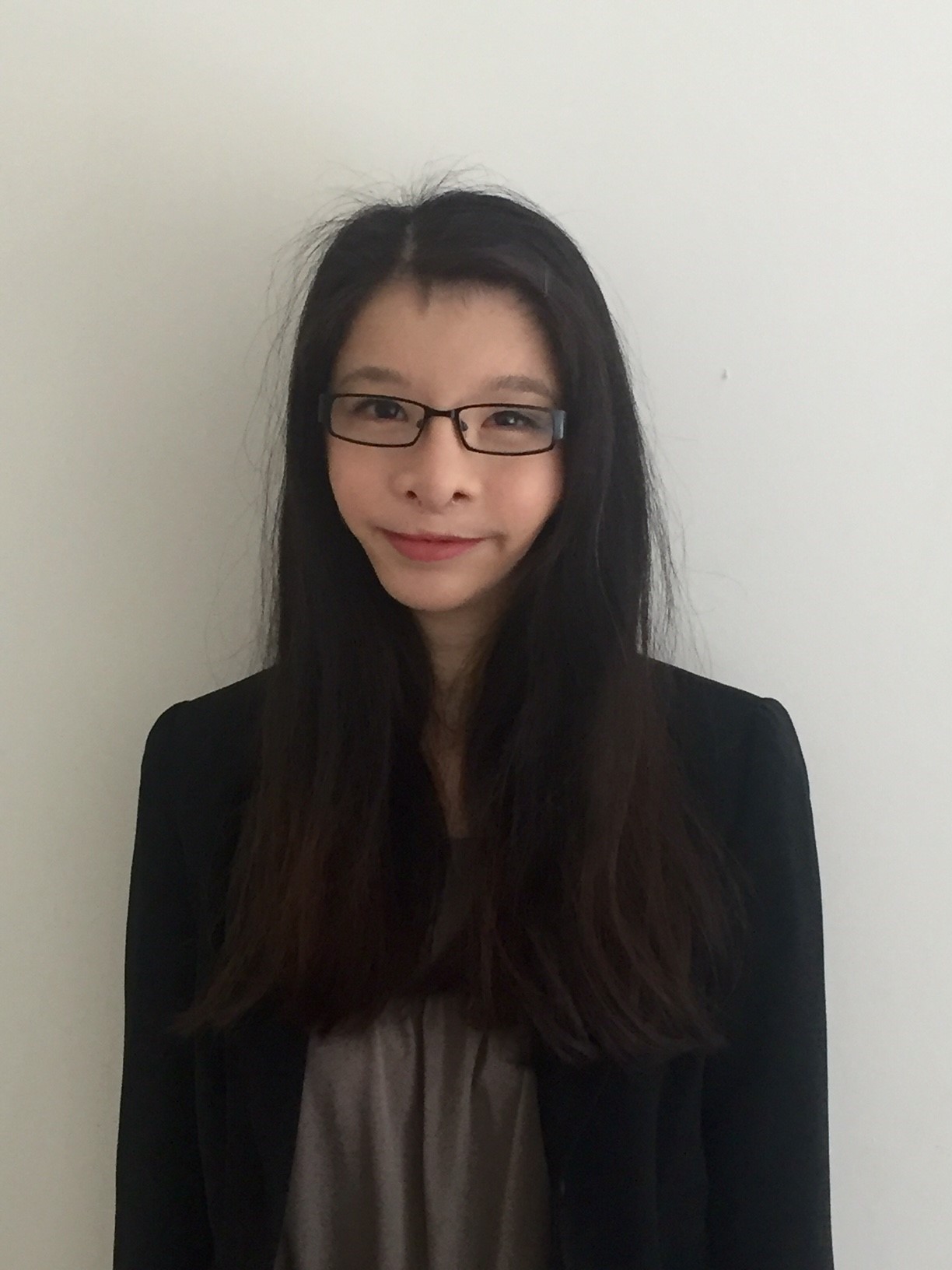 Sharon Lai is a Senior Analyst at the Reserve Bank of Australia. She is the current Secretary of ESA (NSW) and was a council member for two years prior. Joining the Council was a natural extension of her active involvement in the economics student society at university, during which she came to appreciate the unique multidisciplinary appeal of economics. She especially values the way in which economic principles can bring rigour and structure to solving real-world problems and is excited to help the Society fulfill its objectives in promoting this discipline. Sharon is originally from Melbourne and relocated to Sydney in 2014. A classic "Melbournian" at heart, she loves to spend her weekend mornings drinking good coffee and exploring the increasingly abundant cafe scene.

Kevin Lane is a Manager at the Reserve Bank of Australia, where he has worked in various economics/finance roles since 2009. He moved from Perth to Sydney to work at the Bank, and has been on the council of the ESA since 2010, including as the secretary from 2013-16. Kevin completed an economics honours (I) degree at UWA and has also completed the CFA program. He enjoys football and cricket but is probably terrible at both. 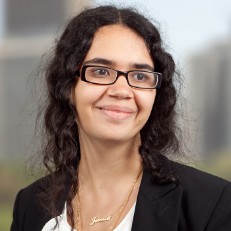 Jess Mizrahi  is currently a manager at Deloitte Access Economics, where she provides practical policy advice and thought leadership for industry and government clients. She has guided projects in a range of industries, with deep experience in financial services, the digital economy and health. She has extensive experience in economic and social policy, strategy and analysis. Jessica was a finalist for Deloitte Young Businesswoman of the Year in 2015, and previously taught economics to over 300 students at the University of New South Wales. 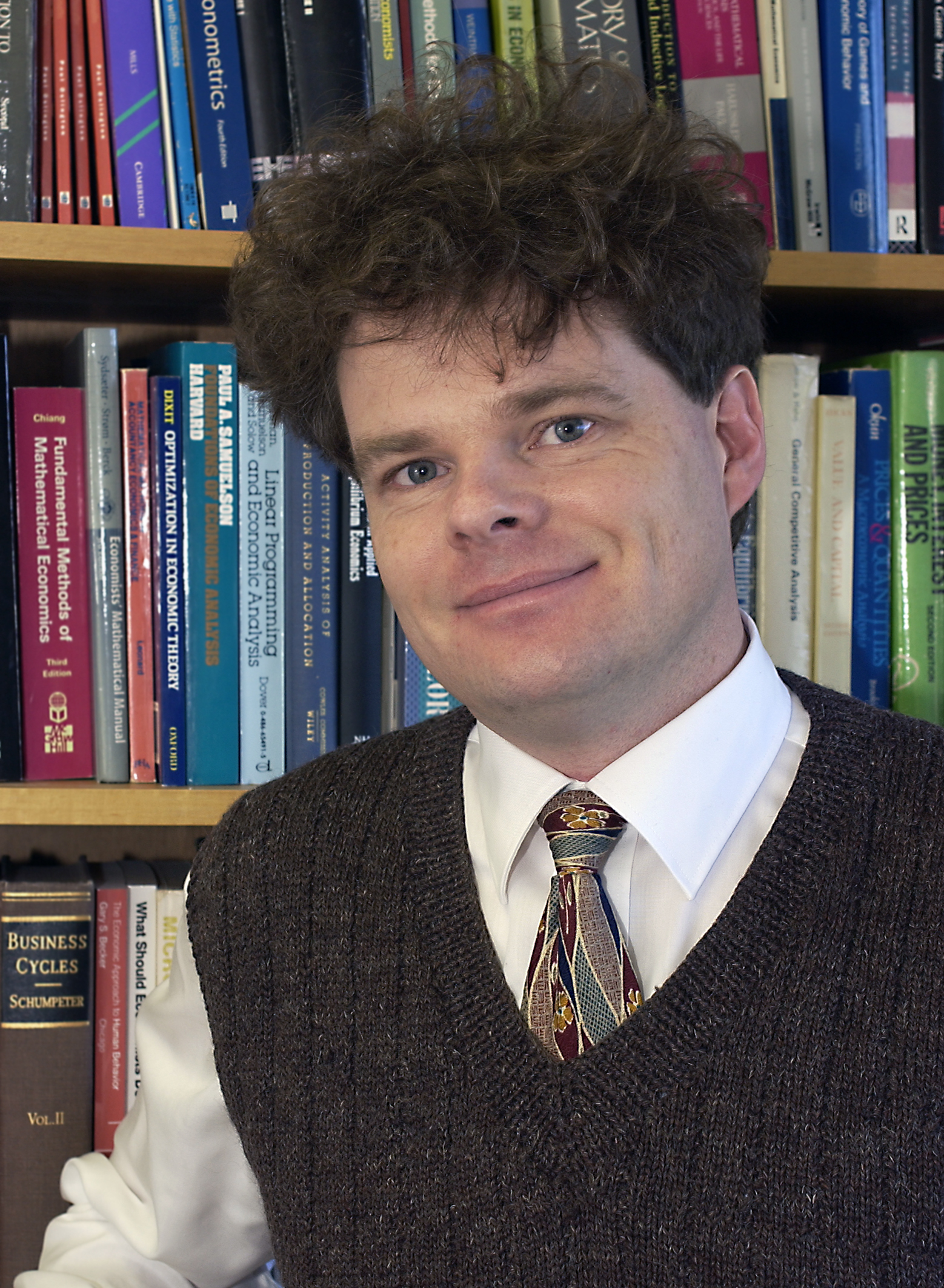 Paul Oslington is Professor of Economics and Dean of Business at Alphacrucis College, He was previously Associate Professor of Economics at University of New South Wales, and held visiting appointments at University of Oxford, University of British Columbia, and Princeton Theological Seminary and University. He is Vice-President Academic of the Economic Society (NSW Branch).  Professor Oslington works on international trade, labour markets and the history and philosophy of economics. He is an international leader in the emerging interdisciplinary field of economics and religion. Publications include the books The Theory of International Trade and Unemployment (Elgar), Economics and Religion (Elgar), Adam Smith as Theologian (Routledge), Political Economy as Natural Theology (Routledge), Oxford Handbook of Christianity and Economics (OUP), an edition of Jacob Viner‘s The Customs Union Issue (OUP) as well as articles in Economic Record, Australian Economic Papers, Australian Journal of Labour Economics, Economics Letters, World Economy, Review of International Economics, History of Economics Review, Journal of the History of Economic Thought and History of Political Economy. 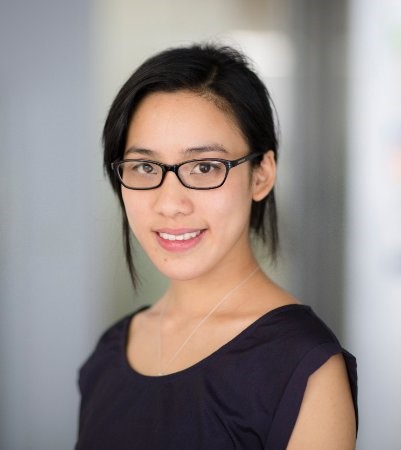 Kaixin Owyong is an economist at the Reserve Bank of Australia, and a new councillor for the Economic Society of Australia’s NSW Branch. She recently graduated from the University of Melbourne with Honours in Economics, where she specialised in applied microeconometrics. During her time at university she taught economics, both for the university and at one of its residential colleges, while being active within its student societies. Outside of economics, Kaixin has a passion for politics and latin dance. 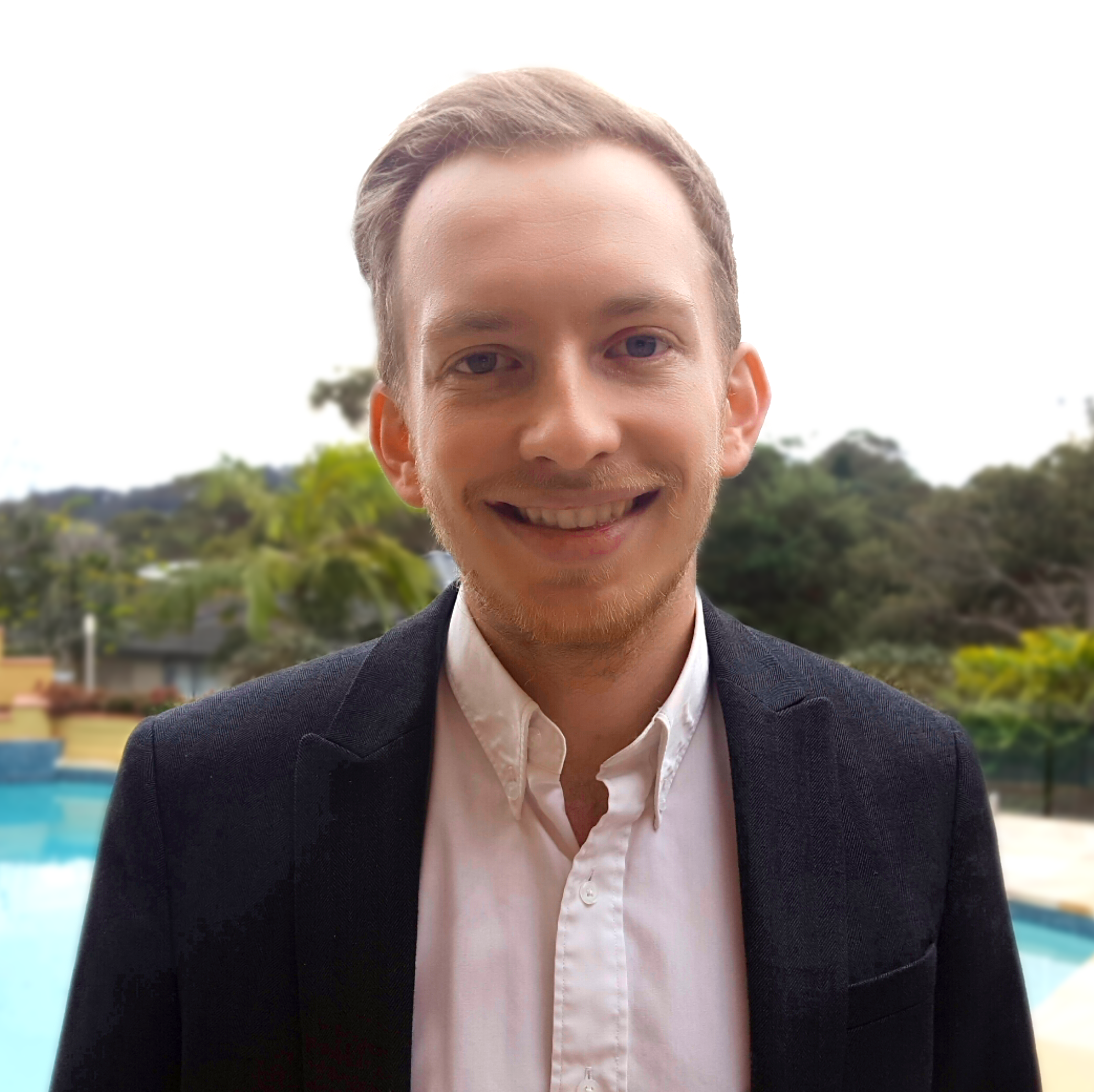 Michael Read is an analyst at the Reserve Bank of Australia, as well as a Councillor of the Economic Society of Australia’s NSW Branch. He has also worked at the University of Sydney and the Commonwealth of Australia whilst completing his undergraduate economics degree. Within the field of economics, Michael’s interests include monetary policy, international economics, and the history of economic thought. Michael enjoys spending his time skiing and planning his next holiday. 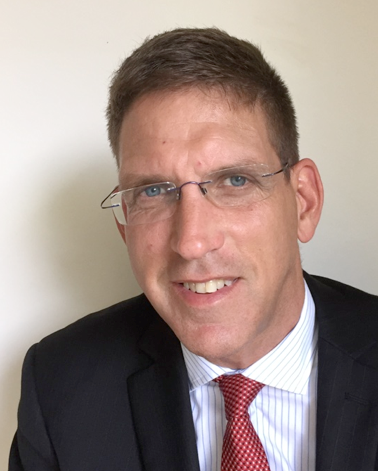 Robert Smith has been a member of the Economic Society of Australia for over 20 years, on the NSW council for eight and is currently the V.P. Business. He is the Principal Consulting Economist at East Economics and has a background in management consulting, banking and finance, infrastructure and energy.  Robert’s experience covers economic evaluation, economic policy & regulation, market design, demand management, industry analysis, forecasting and performance improvement. He is passionate about using economics to find creative, efficient, and practical solutions described by clear and compelling narratives.  Robert’s other interests include technology and innovation, mentalism, ocean swimming and freediving.

Richard Tooth  is the current President of the Economics Society of Australia (NSW). He is a Director, with the expert services firm Sapere Research Group. His clients include corporations, industry associations, government departments and regulators. He works primarily on issues relating to economic policy and regulation across a range of industries that includes water, energy, transport, natural resources, insurance, and other financial services.  His recent work has included contributions on issues such as the economics of road safety, pricing of water, the reliability of intermittent energy sources and the measurement of wellbeing. Any spare time is spent with kids and family and enjoying the occasional hit of tennis. 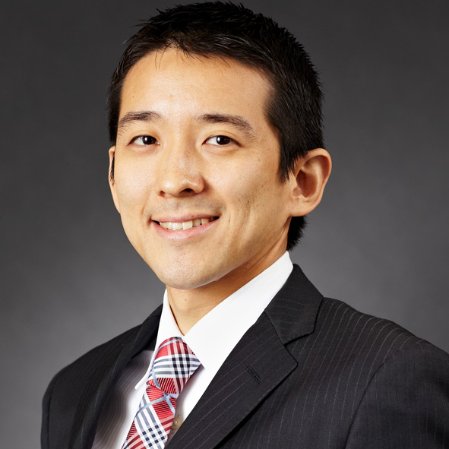 Atsushi Yamamoto has been a Councillor of the Economic Society of Australia's NSW Branch for three years. He is currently a Senior Consultant with ACIL Allen Consulting where he provides economic and public policy advice across a range of topics to government and non-government clients. His consulting value-add stems from is his ability to develop principles-based analytical frameworks to solve complex, multi-faceted public policy and commercial problems. Atsushi has substantial experience in cost benefit analyses of infrastructure projects and regulatory reform, tax policy analysis, and resource allocation modelling. Outside of the field of economics and public policy development, Atsushi has a passion for learning ballet and lyrical dance.